The Lessons, the Laughs, and the Landscapes

The planning for this trip started even before I (Mariah) arrived in Spain. It was necessary to plan that far in advance because it was to happen on my first weekend in Spain. Talk about hitting the ground running! This first trip was a mixture of lessons learned and stress, all mixed up with a great time with friends.  Actually, that sounds a lot like life in general. Ultimately the trip was a wonderful experience!

In order to travel to this sea side destination, we needed to rent a car. Brooks was very resourceful and found an app which allowed us to rent a car from a resident of Spain, giving us more flexibility on the return as well as a cheaper rate than going through a typical rental agency.

The car rental alone was a lesson and stressful situation. While it was easy to rent the car and the car’s owner was very helpful, we were on our 4-hour road trip with not a clue about how to drive in Spain. The most comical part was what we thought the road signs were saying.  Some were easy to decipher, while others a Spanish friend had to explain. Check out our post on Spanish road signs. You will most likely get a laugh out of it like we did!

“Wait, there is more than one type of diesel?”

Not long into the trip we had to stop for some petrol (gasoline). We knew it was a diesel car, but what we did not know was that the petrol stations offer several different types of diesel, very much like the states offer different qualities of ethanol. Luckily, we were able to easily contact the car’s owner and ask him which one he used. Another benefit from renting from a local Spaniard.

While Brooks pumped the diesel, I went inside to check out a Spanish gas station, because everything in Spain is new to me at this point. I noticed the magazines and wanted to grab something to read on the ride. The best thing I saw was that the magazines come with a little freebie! I ended up getting what I think was similar to a “People” magazine but for Spain, and it came with a pack of gum! So great.

I find myself using the phrase “lo siento” or “I am sorry” a lot so far in Spain. For example, because we were on a long road trip, I wanted to take advantage of the facilities while at the petrol station. I was actually really grateful they had one, as I heard rumors that restrooms are hard to come by in Europe. I found this to not be a problem so far in my week long stay. The problem was, however, that I did not know how to flush the toilet. So, here I am in the petrol station bathroom, trying to figure out how to make the toilet work and there is a lady knocking on the door incessantly. I keep repeating “Un momento.” But to no avail, the knocking kept happening and then increases with some shouting in Spanish. Now it sounds like I’ve been in that bathroom for a long time but I assure you it was only a few minutes. I eventually give up, wash my hands (because I touched more of that bathroom than I wanted to) and opened the door. I find two ladies shouting at me in Spanish, which I had no idea what they were saying. “Lo siento” I replied, and I was on my way. Later I laughed about it while telling Brooks what had happened, still just as confused as I was in the station!

The rest of the trip was a fairly average road trip. We ran into some traffic, ate snacks, listened to the radio, and chatted. That was until we missed our exit (I am not going to pursue a career in navigation) and we found ourselves on the small streets of what a picturesque Spanish town would look like. It was the town of Olivas, and it was adorable! However, we were driving someone else’s car on these streets in the dark, and we were terrified. Then to make matters worse, something happened to our tiny two-lane street… it shrunk! We were driving on a one lane road at this point and crossing our fingers that there were no other cars coming. There were certainly no signs that stated this was a one-way street. Just moments later we faced that reality head on, as headlights shined in our direction. We sort of panicked, then noticed the other car was up on the sidewalk. We did the only thing we could do and followed by driving on the sidewalk. Soon enough we were past the car and the road opened back up to two lanes. We were not sure if we should feel trauma from what happened or feel awesome for driving through a tiny Spain town like locals!  (If you are reading this and have seen a news alert searching for two reckless American drivers, do us a favor and don’t tell us).

Driving our friends to the airport was the best part of the whole trip! We got to catch up with them and hear their incredible story of how their wedding in the Ukraine came together, as well as the rest of their honeymoon travels.  We chatted about how amazing it was that our paths crossed on a different continent. Years ago, if you would have asked us about the prospect of it happening we could not have imagined it in any way.

After saying goodbye to our friends, we went straight to the beach. We wished for some breakfast and coffee to take with us, but literally not a single café or restaurant was open. Spain does not have as many (if any) 24 hour restaurants. After watching the sunrise on the beach, we explored a small part of downtown Valencia, where we found breakfast. The area had markets along the street and I bought a pair of earrings. We went back to the beach in the afternoon to find it packed with people! It was still a very enjoyable experience even though it wasn’t as peaceful as the morning’s visit.  Sun drenched naps, dips in the sea, and lots of reading filled our lazy beach day.

To break up the drive home we stopped at a hotel in a small town of Honrubio. We ate and stayed at the convenient Moya hotel. The whole hotel was Don Quixote themed, with each room named after a different Don Quixote character. It was a fun stop with great food. Luckily, it is right on the main highway we take to travel south out of Madrid, so we will most likely have the opportunity to stop there again.

My whole mindset for this year in Spain is to commit to the new culture and travel as much as possible, and Brooks agrees. Valencia was the first trip in fulfilling this goal of ours as we look forward to many more.

I dedicate this blog post to the newlywed Tatiana and Andrew who were the motivation and inspiration behind our trip to Valencia. We are so glad we got to visit with you and wish you a wonderful marriage! 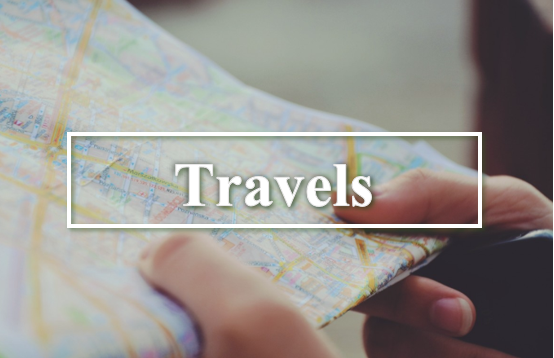 Airbnb is our favorite way to travel! Use this link to create your own Airbnb account and receive a $40 travel credit to spend on your next trip!